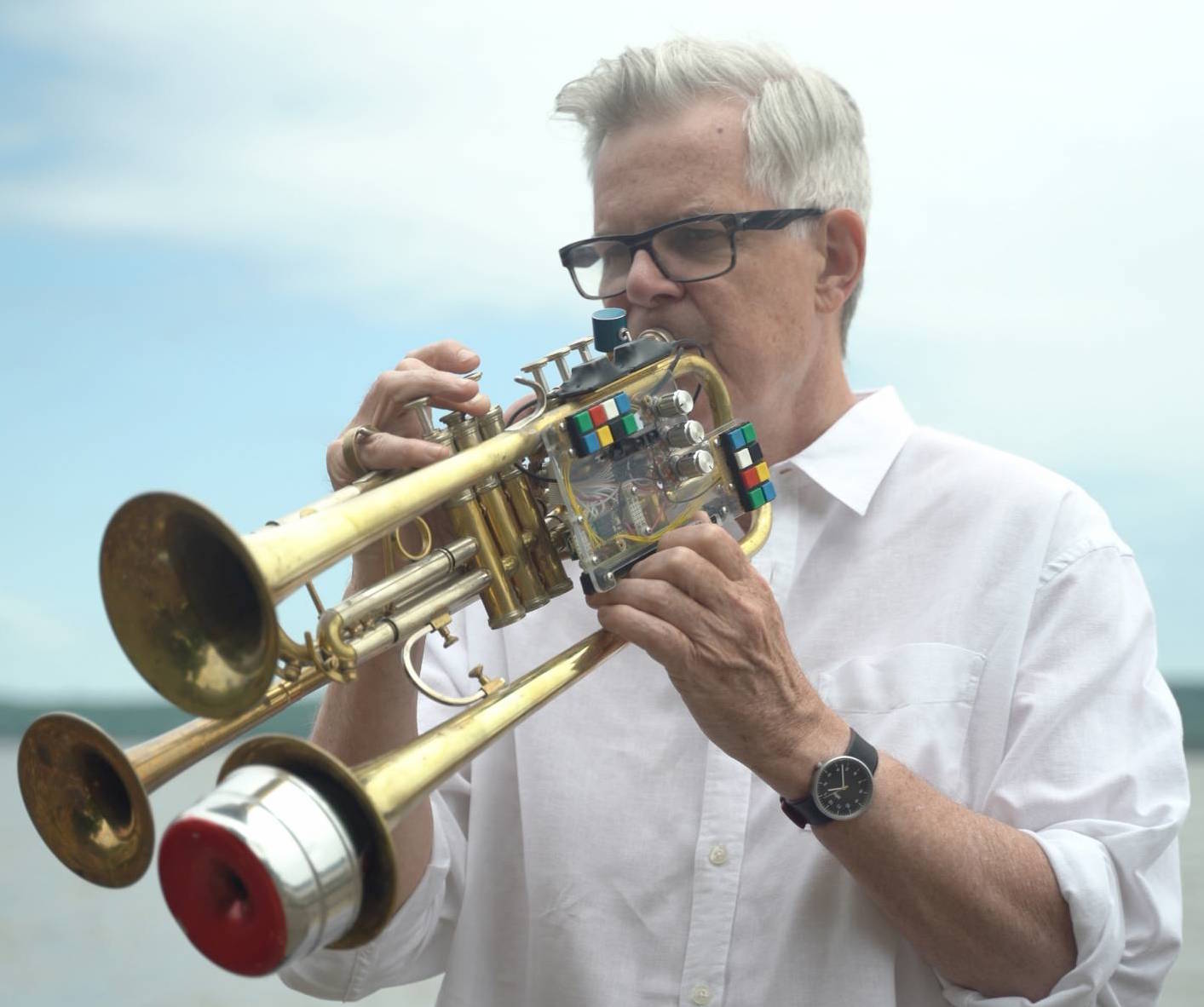 followed by an informal artist talk

with wine and cheese at 4PM

This performance is in conjunction with the exhibition

Composer/performer Ben Neill is the inventor of the Mutantrumpet, a hybrid electro-acoustic instrument, and is widely recognized as a musical innovator through his recordings, performances and installations. Neill’s music blends influences from electronic, jazz, and minimalist music, blurring the lines between digital media and acoustic instrument performance.

Neill began developing the Mutantrumpet in the early 1980s. Initially an acoustic instrument (a combination of 3 trumpets and a trombone combined into one), he collaborated with synthesizer Robert Moog to integrate electronics. In 1992, while in residency at the STEIM research and development lab for new instruments in Amsterdam, Neill made the mutantrumpet fully computer interactive. In 2008 he created a new version of his instrument at STEIM, and returned there in 2016-17 to design Version 4.0 which made its debut 2019. See a more detailed history of the instrument here.

A native of North Carolina, Neill holds a Doctorate of Musical Arts degree from Manhattan School of Music. He studied composition with La Monte Young and was also mentored by composer/performer Jon Hassell in the early 1980’s. Since 2008 he has been a music professor at Ramapo College of New Jersey.