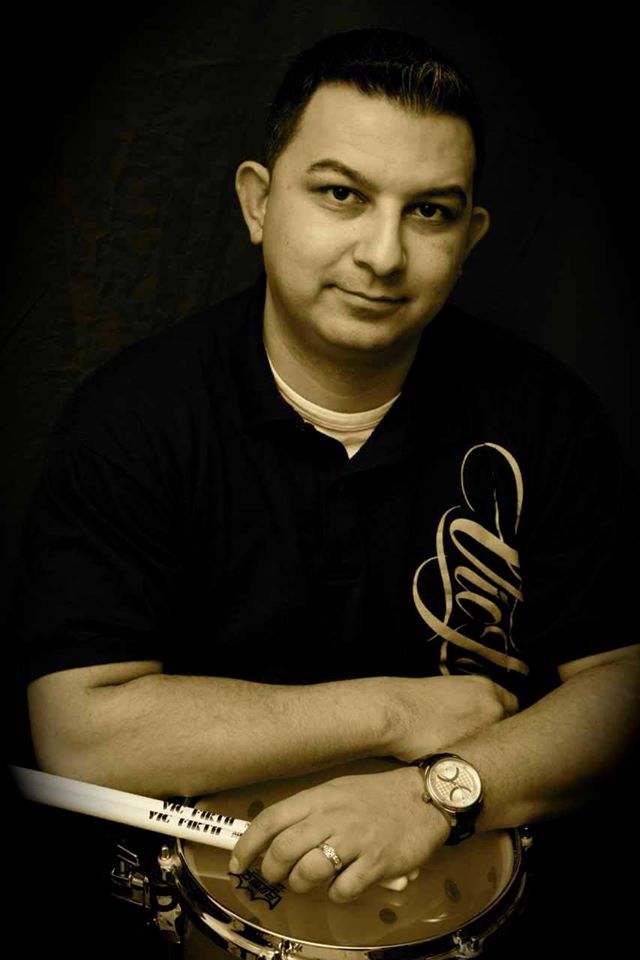 Orange County Arts Council welcomes percussionist, composer, band director and drumline director Dion Placencia as a member of the board of directors. He brings fifteen years of experience in music education and over twenty years in management of musical coordination of marching percussion and staffing.

“Orange County Arts Council has provided opportunities for my students to perform and tools to be successful in their music education,” says Placencia. “I am so grateful for our new relationship!”

Placencia’s passion for percussion has deep roots. In 1993 he became a member of the tenor line in the Spartans Drum and Bugle Corps, and in 1995 became a member of the Boston Crusaders Drum and Bugle Corps. As a music major at Keene State College, he arranged marching percussion and taught at Plymouth High School in Plymouth, MA. He received his Bachelor of Music in 1999.

After moving to Saugerties, NY in 2000, Placencia began a career in public education as a middle school concert band and jazz ensemble director. He received his Masters Degree in Music Education from the College of St. Rose in Albany, NY.

In addition to teaching, Placencia keeps an active performance roster. He’s appeared at The Center for Performing Arts in Rhinebeck, NY, The Chain Gang Band, Poughkeepsie, NY and Hudson Hollow Saugerties NY. As a clinician he endorses Sabian Cymbals, Vic Firth drumsticks and Pearl drums. He is also a US Bands adjudicator and appeared as a guest judge for Guitar Center’s “Drum Off”, Albany NY. He is involved with theater productions, studio work, clinics, and private and group lessons as well as educational consulting.

Presently, He is the Band Director and Drumline Director at Newburgh Enlarged City School District, Newburgh NY and a US Bands Adjudicator.